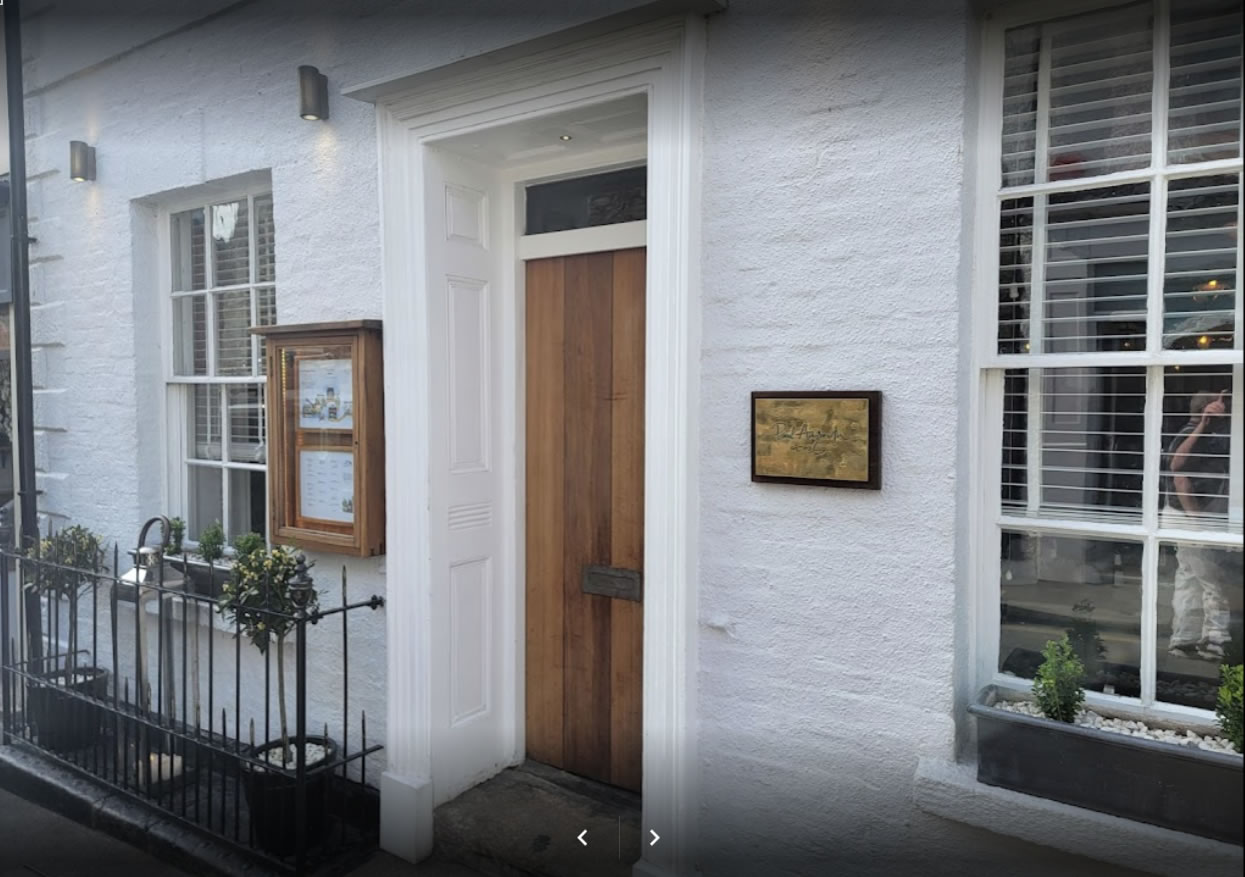 We went down to Cornwall just after Christmas 2021 to spend new Year. It was a great trip, freezing cold of course, but that’s the beauty having a holiday home is that we can visit whenever we want. As soon as we arrived, we looked, as usual, for suitable places to eat. We have tried many of the restaurants around the area but wanted something special so booked Paul Ainsworth’s at No.6. It’s called No.6 because that is the address! 6 Middle St, Padstow PL28 8AP. We went on the 30th of December and were very lucky to get a table. We were still coming out of the Covid restrictions, remember them!? And people hadn’t really got back into the swing of going out.

I called beforehand to tell them that I was gluten free, so we were pretty confident that we’d have nothing to worry about. I’ve been to so many places where I have informed them of my intolerance in advance and it’s been dreadful so we were ultra-cautious this time.

When we got to the restaurant we were seated quickly and presented with a menu for the evening. It was a tasting menu with all the dishes smartly laid on card which was placed on the table with a little bow around it. It was at that point I remembered that hadn’t told them I was allergic to egg and cheese. Now normally this is not a problem because ordinary restaurants have a menu where you can choose from. With a set menu you are tied into what is on offer. It didn’t even cross my mind when booking so it immediately presented them with a problem as one of the courses contained cheese!

It wasn’t a problem at all and the way they dealt with it (imagine having the customer from hell who basically lives on dust! – and chillies!) was perfect. Not a problem at all. They had an alternative to the cheese course and they would swap it for me! Lorraine wasn’t drinking – it’s started so upset her stomach, so rather than order bottles of wine I asked the sommelier for a few suggestions. I told him I liked vinho verde so he suggested something similar for the starters.  Then went on to be the expert, matching the wines to the various courses. This wasn’t the kind of restaurant where you were going to go on a binge so I just accepted what he gave me, and of course it was perfect.

You can see the set menu above but for the first course Lorraine had the scallop (raw and warm) and I had the Crapaudine beetroot. I couldn’t have the scallop because of the sauce contained gluten. Both dishes were presented by one of the chefs. Mine was basically a slice of potato which had ben cooked in the oven, with slices of beetroot on top. Interesting, and in another universe it was a well cooked chip, but there is something special about being in a Michelin starred restaurant and I was completely sucked in.

The second course was cod for both of us, with a seaweed quaver (see pic below) and camel valley velouté (apparently it’s one of the five mother sauces of French cuisine!) – delicious. We followed with fillet of beef with two sauces. It was small but there are a lot of dishes here and once again a chef came out and explained how it had been cooked and how the sauces worked with the meat. I ordered a suitable red to go with it!

There was a bread course, with jersey butter which had been specially imported. I know this sounds mad but I’ve never tasted butter like it. It reminded me of being a small child and how butter used to taste. Grandad had a stall on Chester market – he used to pat butter in his shed – it tasted like that. Modern butter tastes like anaemic soap which is why I steer clear of it. That and its resemblance to cheese! This tasted heavenly even on gluten free bread!

Finally, because I couldn’t have anything off the menu they brought me a chocolate dessert with gold leaf. It tasted amazing and again was incredibly well presented – see last photo below! Lorraine went on to have a cheese course with coffee. At the end of the meal the waitress brought us a gift each of a small pot of, I think, Columbian coffee to take away.

It’s not often we go to Michelin Starred restaurant but this was a real treat. With the wine it cost aroudn £270 + tip but who’s complaining? It was a magical visit and whilst it’s not the sort of place you go to every day, it’s definitely a place for special occasions! The staff weren’t stuffy; they were hard working and down to earth. You could see teh food being prepared through the glass window behind our table and everyone was really friendly and approachable. Highly recommended!